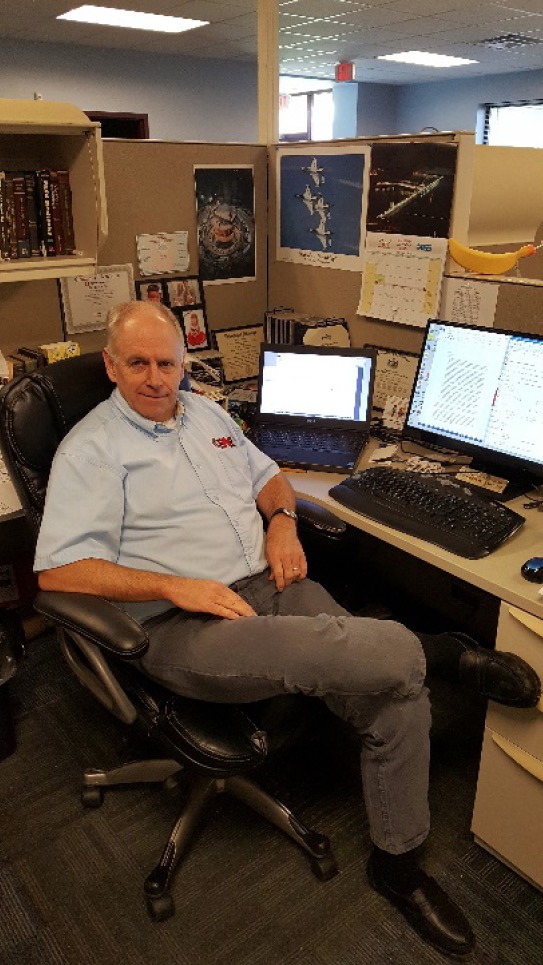 Each Newsletter, EME likes to focus on one of our members to make them more familiar to our customers. You probably know some or all of us, and have dealt with us many times on challenging mechanical issues; here is a chance to learn a little more about the people behind the engineering. Tom Cunningham is a Fellow Engineer for EME and has over 25 years of motor and generator experience in a wide variety of Power Generation facilities, including coal, gas, hydro and nuclear. He has a Bachelor of Science in Mechanical Engineering from the University of Pittsburgh and is a registered Professional Engineer in the state of Pennsylvania.

His professional interests focus on the areas of Fatigue/Stress Analysis, Fracture Mechanics and Vibration Diagnostics/Analysis & Rotor Dynamics. Tom has presented several papers on these topics which are typically case studies demonstrating how an encountered failure can be demonstrated through the application of math and physics. One great example is the vibration problem Tom solved which permitted high speed operation of an ID Fan operation.

The centrifugal style blowers (fans) weighing 67,000 lbs. and drive motors were supported by concrete piers and a base pad containing 1,200 tons of concrete. The fans were designed to operate at 718 and 898 rpm, however due to vibration issues the fans could not be operated at high speed. The owner had been given recommendations such as injecting a chemical grout into the subsoil to stiffen the support of the base pad and stiffening the outboard pedestals via hydraulic jacks and large steel braces tied to the outboard pedestal. After these remediation efforts were implemented at a cost in excess of $10 million without resolution of the issue, EME was engaged. Tom and EME Associate, Juan Hidalgo, conducted Operating Deflection Shape Testing, Impact and Modal Analysis and Vibration signature analysis and from these tests, concluded that although pedestals had natural frequency near the high speed operating condition the vibration was predominately at the 1x frequency. Using accelerometers mounted on the pedestals, a single plane balance was affected on both fans and for the first time in the history of the plant the units could be operated at high speed.

Tom is a life-long resident of Pittsburgh and began his working career in the Steel industry. As an hourly steelworker caught in the steel industry collapse of the mid-1980’s, he and his wife faced some challenges while Tom worked in research and attended the University of Pittsburgh to complete his degree in mechanical engineering. Tom and his wife Teresa have been married for 41 years and have 5 children and 5 grandchildren. He enjoys working with his wife to take care of their many acres of land, as well as woodworking, flight simulation, singing, and making bad puns (we note those last two aren’t quite as enjoyable to those around him…)