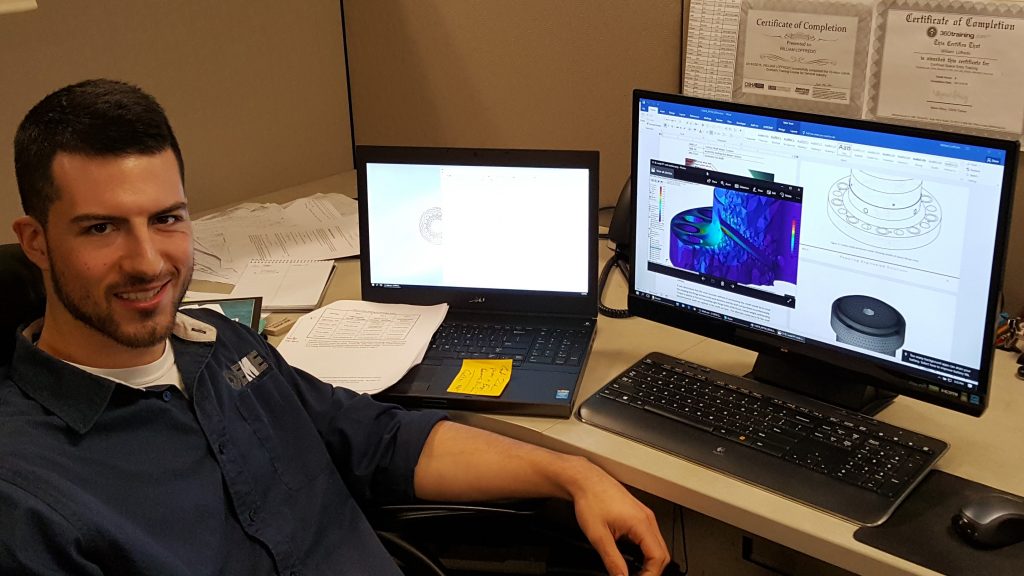 Bill Loffredo (Alfredo Sauce) is a Mechanical Engineer who joined EME in the Spring of 2014.  Originally from New Jersey, he pursued the study of Mechanical Engineering after being exposed to the art of machining in his Uncle’s precision components manufacturing business.  As a student at the Pennsylvania State University, his course of study focused on machine design, although he has found opportunity to apply his classes in Turbo Machinery and Numerical Optimizations through the ventilation/thermal projects and Mat Lab programming work he has done since joining EME.

At EME Bill has become involved in a number of Fracture Mechanics and Fatigue Analysis projects, particularly in the Power energy sector; he was intimately involved in the analysis which is associated with this Newsletters quarterly quiz.  He also enjoys setting up and running Finite Element Analysis models for complex stress conditions.

Bill is an avid musician and enjoys playing both the electric and acoustic guitars.  He was influenced by a broad array of guitarists growing up including both Kurt Cobain and Bob Marley and his interest in music has spilled over to an interest in Vibration Analysis; the presence and importance of harmonics in operating equipment.