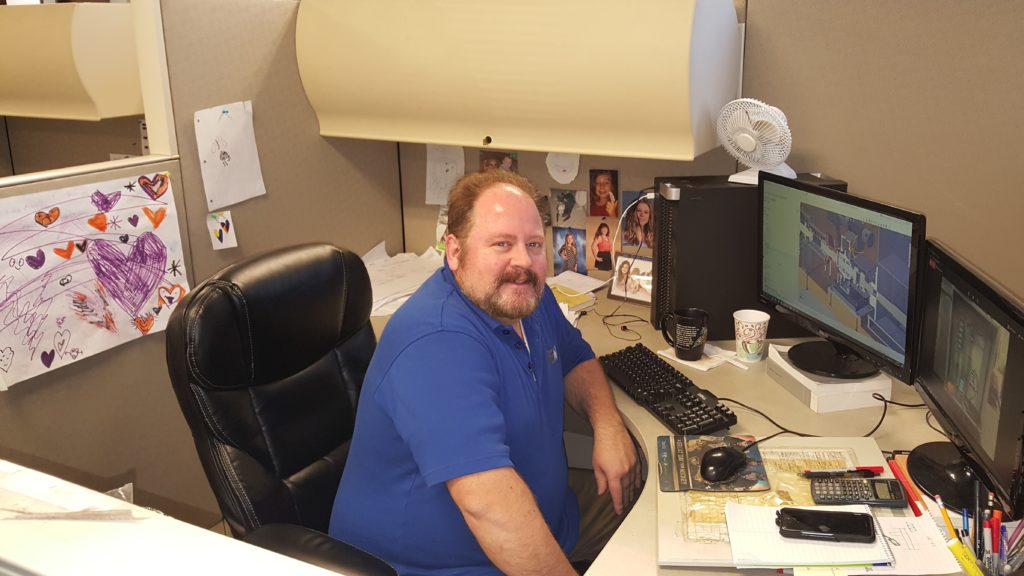 Jim Diskin is the lead modeler for EME and has been with the organization since 1992.  He graduated from Gateway Technical Institute in 1991 and his interview with Andy Spisak has become a classic of EME folklore.  The story goes that Jim came in for an interview with Andy Spisak to which he brought a portfolio of his work.  Andy looked at his work, asked him some questions and then told him to go sit down at a desk and get busy because he was being hired! Immediately!

Jim worked for a number of years very closely with Ted Marefka, who was a senior mechanical layout draftsman (designer) at the Westinghouse East Pittsburgh facility and the original lead drafter at EME.  Jim learned the “Ted Way”, and since Ted’s retirement in 2000, has carried the torch and established the “EME Way” for our drawing system.  If you have ever received one of our drawings, look in the signature block and you’ll probably see “J.Diskin” in the “Drawn By” block.

Jim grew up in the Pittsburgh area and was a drummer in a local band called “Dangerous Curves”.  He has 3 daughters, all of whom he thinks are growing up too fast.